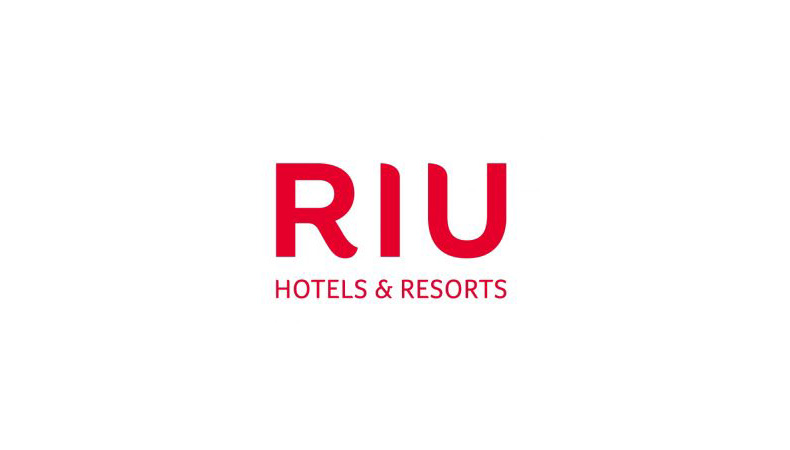 By Travel By Bob
Posted September 27, 2018
In New Resorts 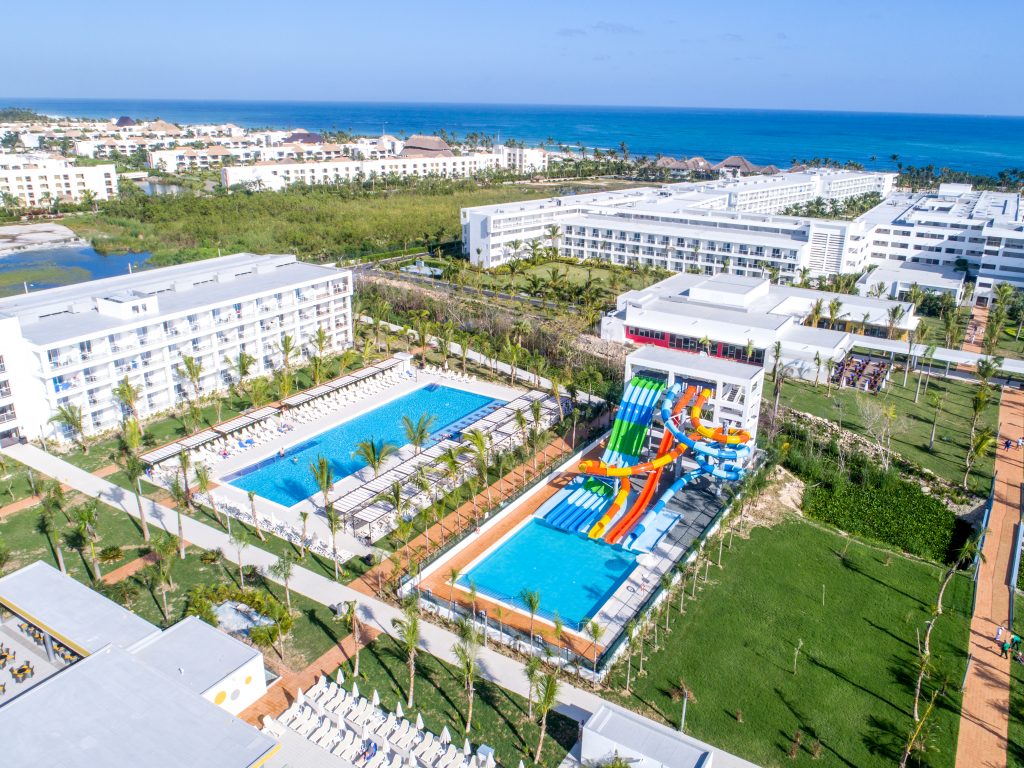 Opened in December 2017. Located on the beaches of Costa Mujeres, approximately 10 miles north of the Cancun Hotel Zone. The Riu Dunamar is a contemporary hotel where the fresh decoration and light color palette invites you to relax and enjoy the marvelous Caribbean atmosphere. The gastronomic offer is one of its strong points, with gourmet, Asian and Italian options in its restaurants ‘Kulinarium’, ‘Bamboo’ and ‘Pompeya’; you’ll also find a steakhouse, ‘Las Brasas’, and the main buffet restaurant, ‘Isla Mujeres’, where local cuisine, rich in meat and fish and with indigenous influences, has its place alongside a wide variety of international dishes. The more than 700 rooms of the Riu Dunamar are perfectly appointed with all the best amenities, like air conditioning, minibars and beverage dispensers. And, the five outdoor swimming pools are perfect for enjoying the Caribbean climate while you sip a cocktail prepared at ‘Tequila’, the pool bar. If you prefer, the beach where the Riu Dunamar is located is another excellent option, where you can lounge on its white sand while you gaze out at the turquoise waters of the Caribbean. One of the hotel’s great attractions is unquestionably Splash Water World, the water park on the premises. The younger (and the not-so-young!) members of the family will enjoy whooshing down its various slides under the radiant Mexican sun. 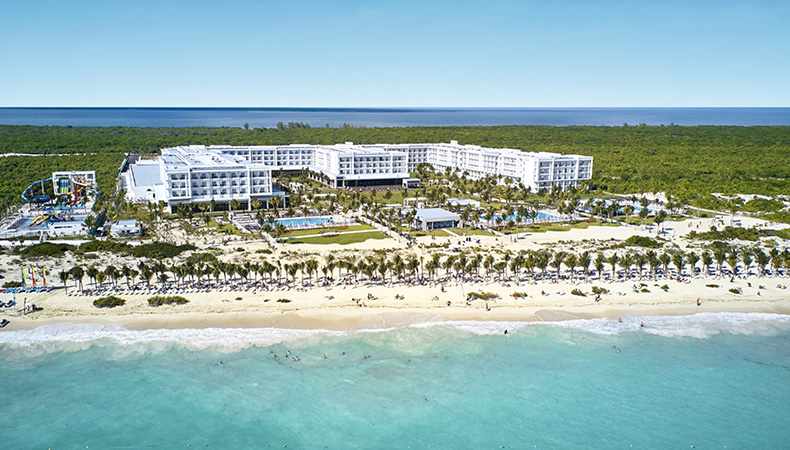 Opening December 2018. The Riu Palace Baja California is located in front of El Médano Beach, on the south of the Baja California Peninsula. This Adults-Only hotel in Cabo San Lucas offers a 24-hour All-Inclusive service, free Wi-Fi, an extensive culinary selection, and the best relaxation and entertainment options for you to enjoy. It’s over 600 rooms contain a satellite TV, a minibar and beverage dispensers, among many other amenities. The resort will also offer four swimming pools, two of which have swim-up bars. Riu Palace Baja California offers a variety of culinary options. The main restaurant offers authentic American buffet breakfasts with show cooking, while in the rest of the restaurants you can try the best Italian, Japanese, Indian, and Fusion dishes. The resort will also feature a gym and RIU’s Renova Spa. 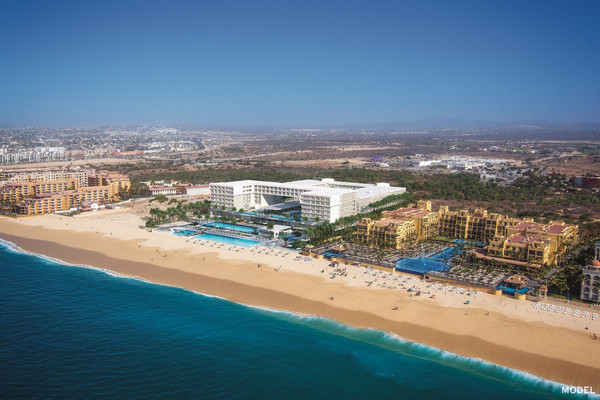 The RIU Palace Costa Mujeres is set to open in November 2018. Costa Mujeres is a new development in the Cancun area. Costa Mujeres is located on a peninsula on the mainland across from Isla Mujeres, approximately 10 miles north of the Cancun Hotel Zone. This new resort will include six restaurants, six bars, and five pools (and two swim-up bars), and feature a total of 600 rooms. It will also feature a gym, RIU’s signature Renova Spa and the RiuFit fitness offering, along with a private stretch of beach, free sun loungers and a sun terrace. Guests will also have access to the neighboring RIU Dunamar and the RIU Splash Water World. 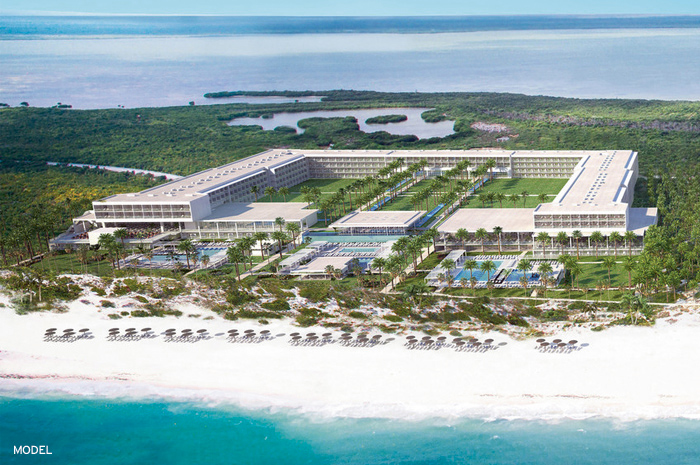 The RIU Palace Paradise Island underwent a total renovation and re-opened late in 2017. The resort re-opened as an adults-only resort. The property-wide upgrade included the addition of new walk-in showers, new flooring in the guest rooms, a new 24-hour lounge, a patisserie and ice cream parlor, a gym, a theater, a jerk grill station, and an Indian restaurant called Chutney. Free Wi-Fi has also been added throughout the resort. 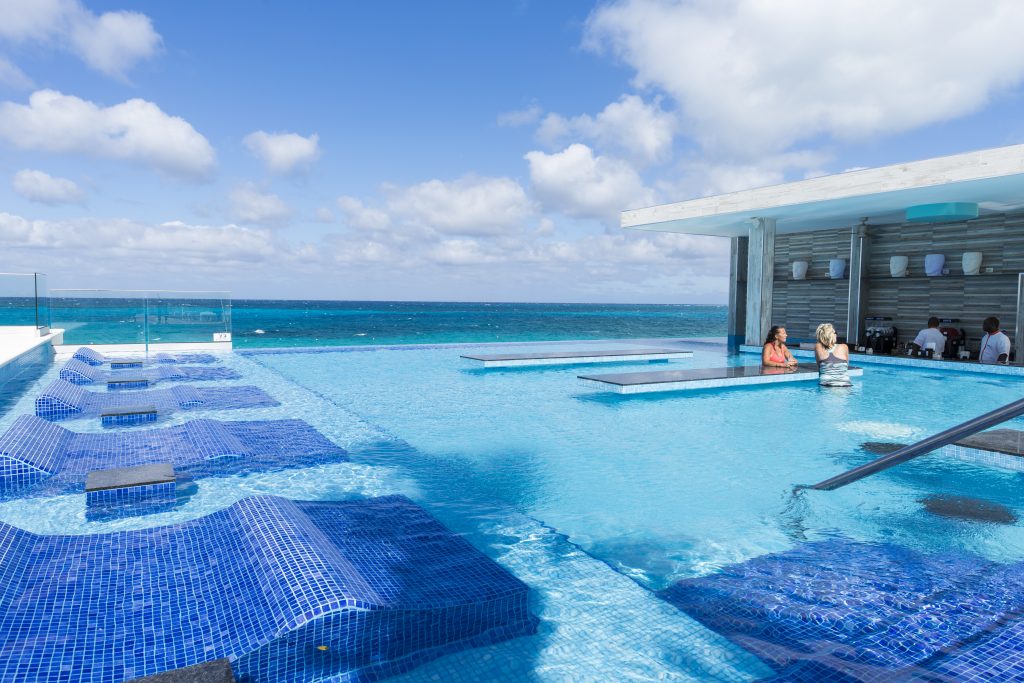 The RIU Palace Punta Cana re-opened in July 2018 after undergoing renovations and updates. The guestrooms have been updated with a new style that now combines simple and modern decor in light tones with the characteristic wooden colonial furniture. The landscaped gardens of the del Riu Palace Punta Cana have gone from having one organic swimming pool and another for children to having three large rectangular pools and another with water slides to cater for the younger members of the family. They can also now enjoy the fun atmosphere of Club RiuLand, located near the children’s pool. Also in this exterior area is an open-air dance floor and stage. It is in the main building where one of the most impressive results of the refurbishment can be appreciated, as it now has a much more open lobby flooded with natural light, decorated in light colors such as white and gold. Teamed with this new decor are elegant and impressive features that will stun you upon your arrival and leave you with unforgettable memories on your departure. In terms of bars, one notable addition is the incorporation of the new ice-cream and patisserie outlet ‘Capuchino’, a product exclusive to the Riu Palace hotel range that will delight guests and complement the other four bars of the hotel: the 24-hour ‘Sports Bar’, the ‘Los Rosarios’ lounge, the pool bar featuring the ‘Saona’ swim-up bar and the ‘Daiquiri’ lobby bar. To satisfy the discerning palates of our guests we have placed great emphasis on the hotel’s culinary offering with a new Spanish themed restaurant, ‘La Bodega’ along with the totally redesigned main buffet dining room ‘La Isabela’, the fusion restaurant ‘Krystal’, along with ‘Yokohama’ for Japanese food, ‘Luigi’ for Italian specialties and ‘La Altagracia’ steakhouse. 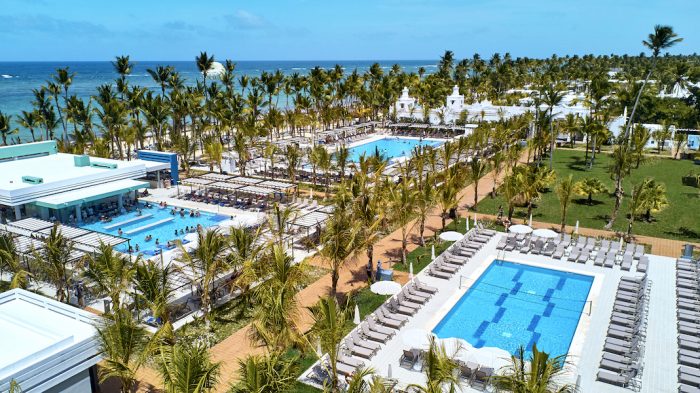 Renovations on the RIU Palace Tropical Bay in Negril, Jamaica are expected to complete in October 2018. The renovations include a re-designed pool area, updated guestrooms, and much more. The main building will reveal a major transformation to both its interior design and its culinary offering. A radical change has been carried out in the lobby, where dark colors and classic decor has given way to pastel shades and more natural light, thanks to huge picture windows. The main restaurant follows a similar style which, along with all the other dining facilities, has been renovated and redesigned. All of them are to be found in the main building, where the hotel will incorporate “Capuchino”, the new café and ice-cream parlor in the area where the other bars were already located, which will also reflect a new style. A perfect example is Lounge 24, which will continue offering drinks and snacks all day long but with a new design based on simpler lines. Another new feature of the Riu Palace Tropical Bay is the introduction of RiuLand, a kids club in the children’s area so that youngsters can enjoy holidays in Negril to the full. Here they have their own exclusive swimming pool, bigger than the previous children’s pool, and a playground full of fun activities. 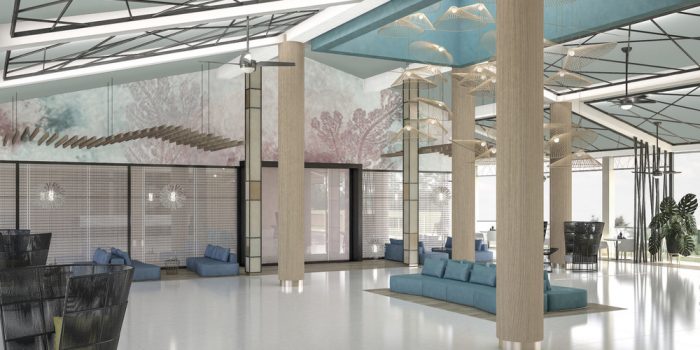 The RIU Santa Fe in Los Cabos, Mexico completed an addition to their property in April 2018. The expansion of the Riu Santa Fe included the creation of a sixth swimming pool, which includes a swim-up bar. The youngest members of the family will be able to enjoy a new children’s pool with slides and the RiuLand entertainment program, while all guests can enjoy the Splash Water World! It will be second in Mexico, after the Splash Water World in Costa Mujeres. As for gastronomy, the five existing restaurants will be joined by another main restaurant, the hotel’s second: “Medano”. It will offer a buffet and show cooking in facilities that will soon be available in the two main restaurants and the existing four specialty restaurants: the Asian “Zashila”, the Italian “Carusso”, the Mexican “La Misión”, and the steakhouse “Torote”. The selection of bars is also expanding with the new “Wet & Drink”, which will be the bar of the Splash Water Park; “Space” one of the poolside bars; “Ushuaia”, the swim-up bar; and a new snack bar. 288 rooms were also added to the 901 existing rooms, for a total of 1190 comfortable and perfectly equipped rooms where guests will continue to enjoy the free Wi-Fi available throughout the hotel.

The RIU Tequila in Playa del Carmen re-opened in July 2018. Maintaining the essence of the Mexican Caribbean in the buildings that surround it, the pool area of the Riu Tequila has gone from having two large organically shaped swimming pools, as well as one for children, to having five rectangular swimming pools. One of them will be just for children and will have slides that will delight the youngest members of the family. In addition to a new swim-up pool in this newly renovated area, a barbecue station has been added that will prepare grilled dishes at lunchtime. guests at the Riu Tequila of all ages will find an improved entertainment space in the pool area. Next to this children’s pool, there will also be the MiniClub and a playground, and the new gym and Riu Fit area will also be located in the pool area. Along with all these new amenities and the new free WiFi service throughout the hotel, the adult guests of the Riu Tequila will continue to enjoy the best music and nighttime atmosphere at ‘Pacha’, the hotel discotheque. The reopening of the Riu Tequila brings other exciting changes in terms of gastronomy, besides the barbecue station. The main building will have a new Italian restaurant, ‘Rinascita’, and a new steakhouse, ‘Black Cow’, which will be located in the former conference room area, to complete a unique gastronomic selection in addition to the existing main, Asian and beach restaurants. Joining the existing bars, ‘Sports Bar 24’, which serves snacks 24 hours a day, and ‘La Fiesta’, the cocktail lounge, and the pool bar, ‘La Veranda’, the lobby bar has been added. 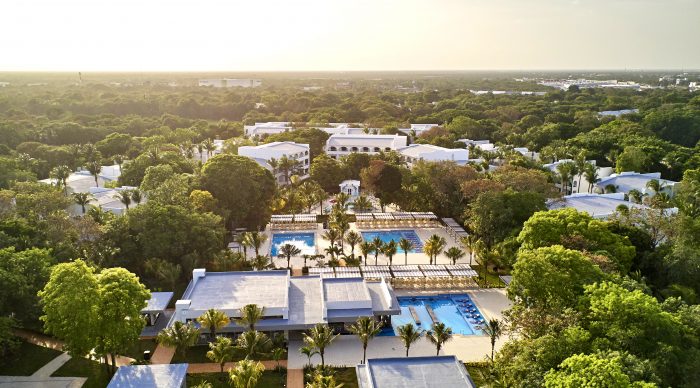 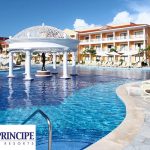 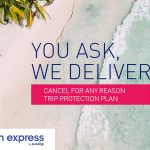